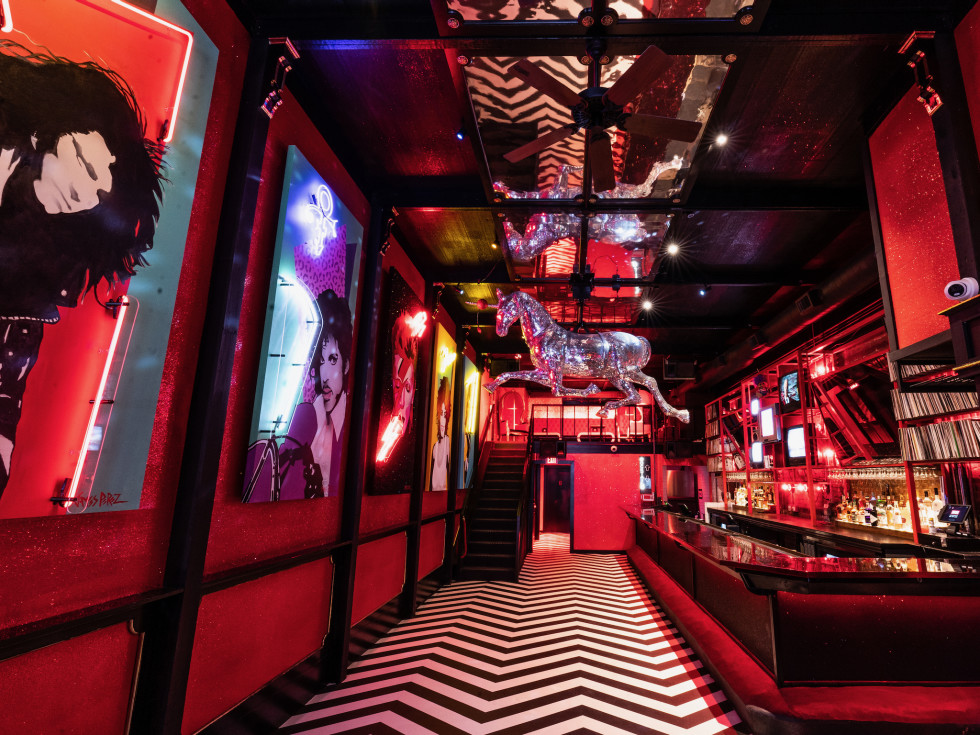 For Houstonians who are hungry as hell and want to dance with someone, the possibilities for partying in downtown Houston are on the rise.

Ramon Soriano, owner of wildly popular taco shop La Calle, is set to open an 80s Spanish pop and rock bar on Main Street this summer in the space that once housed Boomtown Coffee.

“Downtown has Etro for 80s dance and electro, and Cherry for 80s and 2000s dance and pop,” Soriano said. “We do the same, but with Spanish music.”

The retro bar will offer late-night hours on weekends to start, with live music from Spanish rock band Ultimo Instinto reserved for Friday nights. Sorano says the flagship La Calle location at the corner of Franklin Street previously served as the backdrop for such parties, but being inside the Bayou Lofts residential building, noise complaints from neighbors often came in.

At the new concept, which has yet to be named, Sorano envisions that each night will be like “a wedding without a couple,” enlivened by music, dancing and drink. The full bar will offer a selection of tequilas. “We don’t have one that you won’t find in Mexico City,” he promised. And, like at La Calle, there will be a full line of frozen goods, including homemade margaritas, mojitos, piña coladas and homemade horchatas.

Here, ’80s beats will be the center of attention, but Sorano also plans to have a walk-in window, where patrons can refuel with Mexican snacks like flautas in a cup.

While the neighborhood has become more of a house-burning destination in recent years, it has still catered to fans of the hip, lacquer-heavy decade. A few blocks south, Houston’s iconic dance club Barbarella has long hosted an ’80s party, aptly dubbed Footloose Saturday. The party is essentially an 80s dance party, with Barb’s in-house DJ Brandon Airlines spinning new wave, synth-wave, funk and disco until 3am.

In 2018, Etro left its beloved Montrose digs for a spot on Main Street, continuing the trend of bringing 80s hits with disco and EDM to a new neighborhood. And more recently, Cherry opened its doors last summer in the space that once housed The Nightingale Room, also on Main. The whimsical space is decked out with over-the-top ’80s decor, posters of famous artists, neon signs, and vintage TVs above the bar.

If you like rock ‘n’ roll, or you’re just a girl who just wants to have fun, consider venturing out of the old love shack this summer and treat yourself to a radiant evening of bars along Main Street downtown. The rhythm can actually get you.

Living comfortably on a budget | On your debt