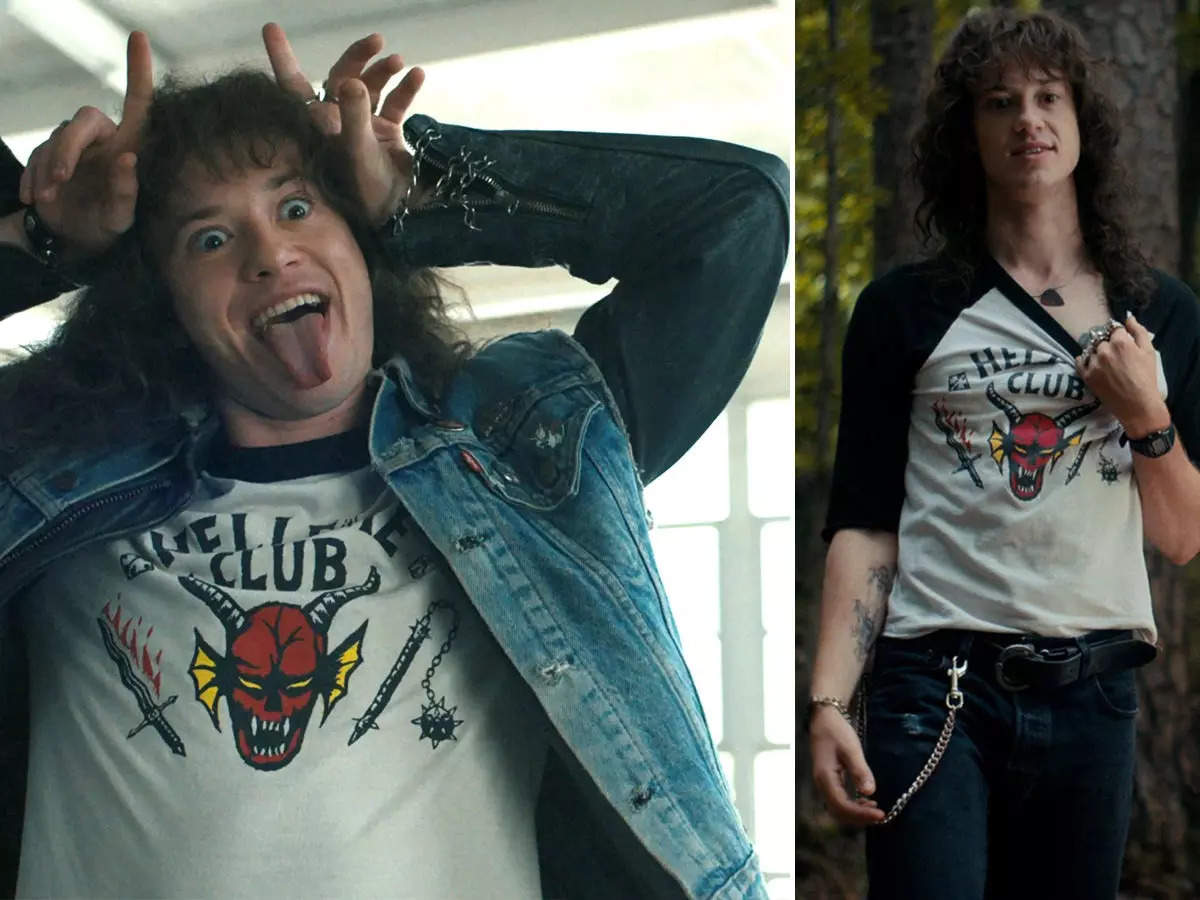 The tattoos worn by Eddie Munson in season four of ‘Stranger Things’ are now considered iconic by fans – and they can thank actor Joseph Quinn for some of them.

Insider recently spoke with Amy L. Forsythe, the lead makeup artist who worked on all four seasons of the Netflix show and is now nominated for multiple Emmys.

She discussed the inspirations behind Munson’s ink, the fans who now get tattoos themselves, and how the specific designs were chosen for the character.

“I had my tattoo artist do a flash sheet of tattoos that folks at the trailer park or Eddie might have,” Forsythe said, adding that Munson would get his tattoos from a kitchen scraper or an inexperienced artist, at home in his trailer.

“And then I had discussions with Joe about what else he would want on him – so he chose the head on his chest,” Forsythe said.

Since the fourth season aired in late May, fans have pointed out that Munson’s tattoos — specifically the puppeteer and six bats on his arm — foreshadow his fate.

The bats were a filler tattoo inspired by Steve Harrington’s fight with demobats, she said, and the puppeteer was a nod to Vecna ​​and how the villain controls his victims.

But regardless of the different inspirations behind each tattoo, the process of applying the temporary ink was the same.

“They’re just regular lick sticks that we have to apply every time,” Forsythe said of the tattoos. “If Joe works three days in a row, they’ll usually stay put. But anything in an abrasive place – like the puppeteer or the bats – you’ll have to apply them a bit more frequently.”

An example of this, Forsythe said, occurred while filming the scene in which Eddie leads the Hellfire Club in a Dungeons and Dragons game.

“Whatever they dealt with the chair he was sitting in kept rubbing off on him,” she said. “One of the fans said, ‘I think he has seven bats. And I was like, ‘Well, actually, it’s dirt. It comes from the chair.’ But it looks like a bat!”