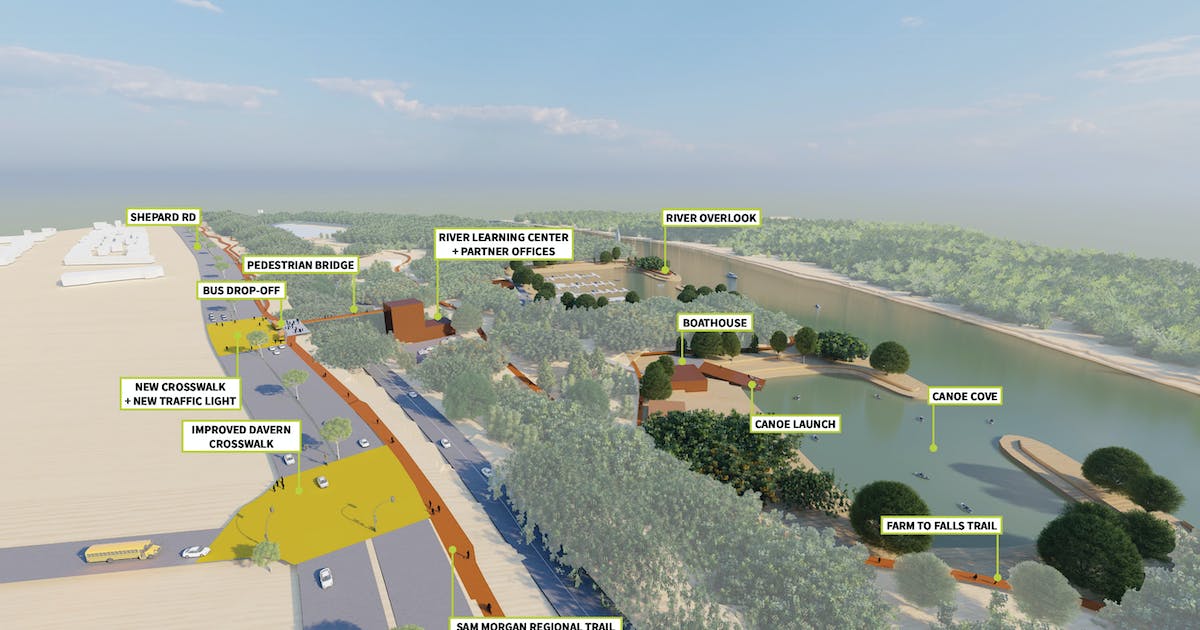 After revealing early design plans for a proposed Mississippi River Learning Center this week, St. Paul wants to hear from the public.

A team of architects and consultants have presented three visions for a 25-acre site on the shore of Crosby Farm Regional Park, where the city and nonprofit Great River Passage Conservancy have long aimed to build a plaque rotating for recreation and environmental education.

Now project leads are encouraging members of the public to watch a recording of the presentation and complete a survey to weigh in on various aspects of the designs by June 24. Links to both can be found online at greatriverpassage.org/projects/river-learning-centre.

“We have a strong focus on restoration, conservation and resilience because we make it an important way for people to experience the land, water and culture of the river,” said Mary deLaittre, executive director of the Great River Passage Conservancy, which advocates and raises funds for capital projects along St. Paul’s 17-mile stretch of the Mississippi River.

Site plans include canoe launches, viewing sites, picnic areas, and trails for walking and biking. They also include offices the city would rent to the National Park Service, Mississippi Park Connection and Wilderness Inquiry — organizations that would help manage programming — as well as tribal historic preservation officers and Your Boat Club, the onsite marina.

Each of the three alternatives developed by New York-based W Architecture & Landscape Architecture, the firm leading the design process, aims to make the site more visible, universally accessible and improve the ecology.

Plans vary in how they connect residents to the river.

The first option includes a large river center where pedestrian visitors would cross Shepard Road and then use stairs or a lift to get from the cliffs to the river. Cars and buses could park on the lower level of the facility, and the marina would be reconfigured to create more outdoor space.

The second design consists of two buildings connected by a path: a visitor center on the cliff and the learning center on the river below. By digging a channel, the architects would create an island, which would be restored in an ecological way so that visitors could explore it.

The third alternative would also include an island, but the marina would be smaller. A large, single-storey building “connects the site” and fosters “a collaborative environment,” the designers said.

After reviewing the survey responses, the project managers plan to reveal a preferred design scheme during a July 21 meeting. Once they get their feedback on this, a final design will be completed and announced in the fall.

The designers said future renders may combine aspects of the three options they showed off this week. Over 100 people attended Thursday’s meeting and 543 people responded to previous surveys asking people how they would like to use the site.

Many expressed interest in learning more about the cultural history of the land, including its importance to the Dakota people and its ecological features.

“People really want to be near water,” said James Garrett of St. Paul-based 4RM+ULA, another architectural design firm working on the project. “People want to touch the water. People want to do things on the river.”

The timing of the project will depend on when it can secure funding. A full cost estimate will not be available until a final design has been chosen, at which time the project leaders plan to have a funding strategy that includes private philanthropy and public funds.

The city requested $20 million for the project from the state, but the legislature did not pass a bail bill until the end of the legislative session last month. Lawmakers said they were close to reaching an agreement, which could still be passed if a special session is held.

The best-case scenario, deLaittre said, is that the river learning center could be built and open as early as 2026.