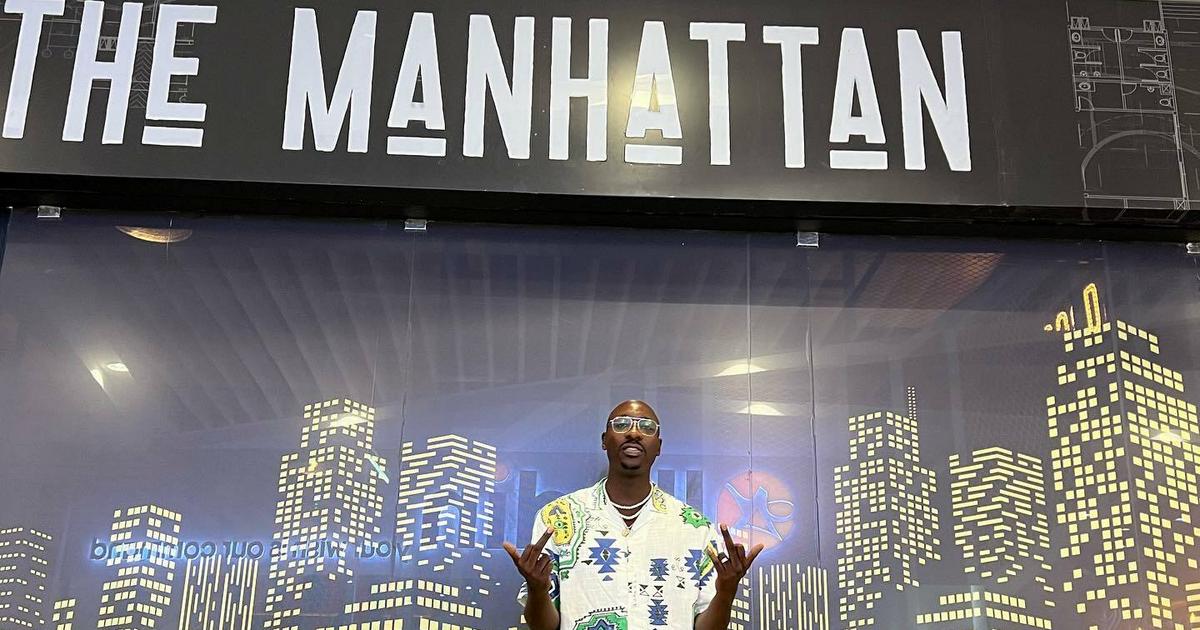 Sauti Sol’s Bien launches its own nightclub in Nairobi [Photos]

The new club is located in the outskirts of Nairobi – on the first floor of the new club The Imaara shopping center. The Club is tactfully located at the intersection of Mombasa Road and the entrance to the vast and populated Imara Daima estate.

Over the weekend, Well with a few of his friends were at the club for his official launch, as well as the premiere of his new single ‘Inauma’ which has ruled the airwaves since its release on various streaming platforms.

Some of the notable figures that have been spotted at The Manhattan on Sunday are comedian Eric Omondi, Makena Njeri, Eugene Mbugua, MC Antonio, Chiki Kuruka (Bien’s wife), comedian Eddie Butita, comedian Nick BigFish, comedian Carlos Experience among others.

Bien took to his social media pages to alert his fans that he was making a special appearance at The Manhattan OneAnd they should stop by for some good vibes and music while enjoying their favorite drink and food.

The musician has joined other celebrities who also own nightclubs and restaurants in Nairobi and other cities.

From gold lion statues to gold toilets, the VIP Volume Club should live up to its name and with a selection of over 1,947 different types of alcohol.

Jalango and his wife launch their own CBD restaurant

“We have officially opened Délices Wapek. Karibu! You can access Wapek from Mama Ngina Street, opposite the International House. You can also access using the entrance on Kaunda St, off Queensway Hse. Délices Wapek is on the 1st floor”, read a post on Jalang’o’s Instagram page.

Prior to this, Jalang’o’s close friend and former colleague, Alex Mwakideu had also opened his own restaurant “Pampered Village” located in Kitengela, on the outskirts of Nairobi County.

pampered village is located next to another of Mwakideu’s commercial facilities, a car wash also bearing the ‘Pampered‘ brand he opened in 2021.