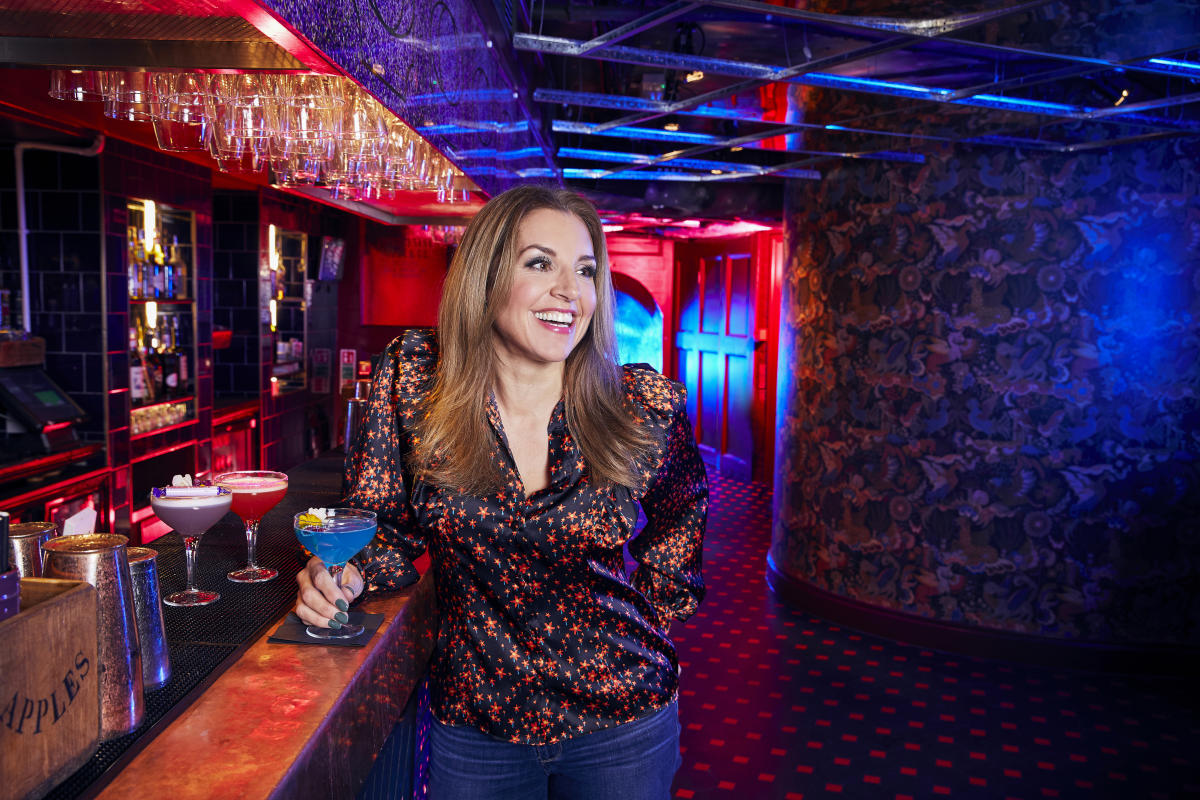 Sarah Willingham is one of Europe’s most prominent entrepreneurs and investors, working primarily in the hospitality and lifestyle sectors. She is a mother of four and a former investor in BBC’s Dragons’ Den.

In her twenties, Sarah led the international expansion of Pizza Express and Planet Hollywood before going it alone to buy Bombay Bicycle Club, turning it into the UK’s largest Indian restaurant chain.

Launched in January 2021, Nightcap PLC (NGHT.L) has a market capitalization of £35 million ($41.8 million) with 750 employees across its Cocktail Club, Adventure Bar Group and Barrio Bars stables and aims to open 20 locations next year.

Sharing an office for a year in the 1990s with Pizza Express President David Page and General Manager John Metcalf was one of the most significant moments of my professional life.

Still in my twenties, I ran the international department and franchise for three years living in Tokyo, but it became clear that expansion was not at the heart of the business.

I was not someone who ever wanted to be an entrepreneur, but the first seeds were sown when I went to the board to tell them about the theory of expansion, with a view to going from before. They told me to come and work with them on strategic projects – my father once told me that role was the first to be fired – and to work for the board.

Pizza Express has always been one of the best business models in hospitality. The return on capital you got from the sites was phenomenal and it was the benchmark of excellence. I asked so many questions and put everyone on a pedestal thinking they were all so smart running this public company.

I understood that the brand had opened sites around the world, but I did not understand the creation of value. It wasn’t about making more money, it was all about where you improve the value of the pound that shareholders had invested.

I absorbed it all. I sat down and thought about why David and John were making certain decisions about buying sites, paying the premium, spending money, and what made this business model work. Learning has been the foundation of every business decision – understanding shareholder value, structure and corporate finance – that I subsequently made or have been a part of since.

For every pound I spend, what do I get back and over what period of time? At Nightcap, we have a minimum of 75% return on investment (ROI). In two years, for every million we spend, we get 750 back. It was even better than Pizza Express back then.

Whenever you spend shareholders’ money, you need to know what you’re getting in return, but also what its relative value is compared to the rest of the industry. You are competing for the books and they want to see that they are getting good returns.

When I got to the end of the year and started to understand David and John’s way of working. Rather than looking at a single site, it was about capital structure, market expectations, what the City expected of us, and the big picture.

It gave me the confidence to step away and go it alone; I had decided that I wanted to have the biggest chain of Indian restaurants in the UK (Bombay Bicycle Club) and that I was going to copy the business model of Pizza Express. I had four kids pretty quickly and was lucky enough to sit in an office where I was able to learn how to control my own journal and also earn money. I was driven by freedom.

David was very good at growth and expansion, John was more detail and logistics oriented. When you’re operating at scale, even if you save 4p on tomato sauce, you multiply that by 200 sites and move the needle as you understand the little movement on a price, delivery time and a storage. The detail was critical.

I was lucky to be born with a lot of dynamism and to find a solution when people say there is none. Soak up the information and, most importantly, have the confidence, I will be eternally grateful.

I never thought I would love to do something as much as Nightcap. I was done with running businesses – I sold Bombay Bicycle Club for around £10million after three years – and wanted to support other businesses.

Timing in business was everything when my husband, Michael Toxvaerd, and I came up with the idea for Nightcap in the time of COVID, born out of observation and the belief that consumers would continue to enjoy top drink bars range after the pandemic.

The real estate market was nothing I had seen before and there was demand in the beverage industry as we had this perfect storm where corporate PNLs were better than they ever had summer, but the balance sheet was shattered.

We wanted to introduce a listed entity and our first acquisition was to be the London Cocktail Club. It wasn’t an easy IPO, but we pulled it off from day one and are still trading at nearly double what we launched a year ago. One of the reasons is that we bought three successful businesses and we are getting better and better.

The demand is definitely there for great late night bars and we are hitting a sweet spot for what the millennial crowd wants now. Moreover, it is the original, exceptional and different people who run and work in these companies that set us apart.

After launching Nightcap, I was surprised that there weren’t more female entrepreneurs. I have never felt anything other than being supported or championed at Pizza Express. It was always on the outside that I experienced being judged, because counseling made me feel very capable.

There was a time in my late twenties when I was doing an acquisition for Pizza Express. I was the last person and the only woman to enter the meeting with the lawyers. One of them didn’t look up and said, “Thank God for that.” Mine is white with a sugar’. There was tumbleweed because everyone knew why I was there. I made his coffee and said, ‘Are we going to start the meeting now?’

He never acknowledged it, but as I tell women now, “No one sees the rhino coming.” I always say now to let them underestimate you, let that be your superpower. That meant I walked out with this deal. It was the 90s and I still tell women to this day to own it and appreciate the fact that they underestimate you.

Watch: Why do we still have a gender pay gap?