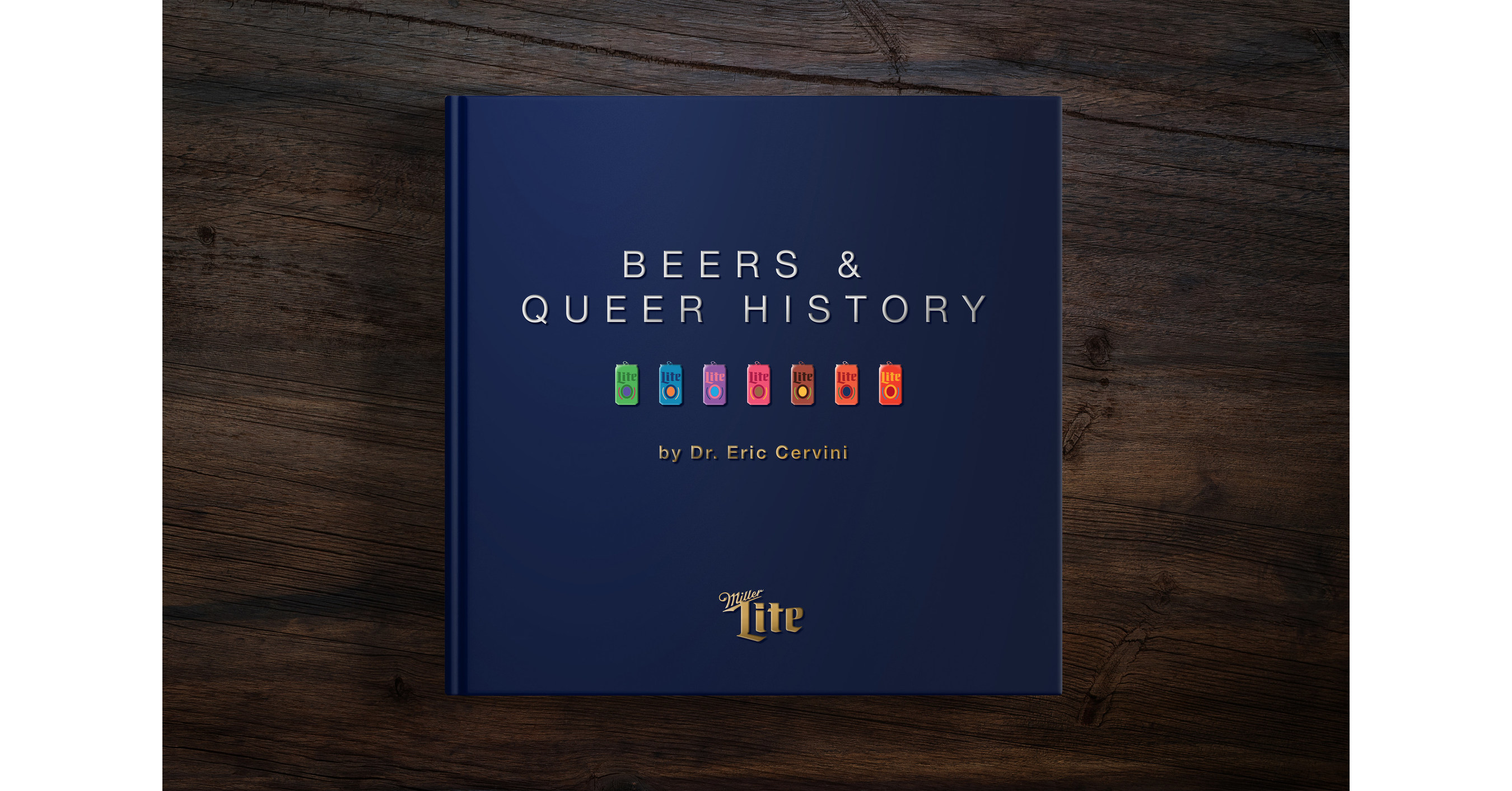 Miller Lite and Dr. Eric Cervini shine a light on ten pivotal bars in LGBTQ+ history with the release of a new guide, “Beers & Queer History”

This guide marks the next phase of Miller Lite’s “Open & Proud” program, culminating in its latest donation to the Equality Federation

The guide features original illustrations by Miller Lite and historical background from Dr. Eric Cervini, Pulitzer Prize nominee and renowned LGBTQ+ historian. When putting together this guide, Dr. Cervini carefully selected each bar based on the significant role it has played in queer history or in the local LGBTQ+ community it serves. These stories highlight the contributions of the bar as well as the important queer figures at its center, such as Marsha P Johnson at the Stonewall Inn and Lady Chablis at Club One.

“It was exciting as a historian to have the opportunity to dive into the stories of one of my favorite topics, queer historical spaces,” said Dr. Cervini. “I am honored to share these stories in partnership with Miller Lite because queer history is so often not shared with mainstream society.”

“Beers and Queer History” is Miller Lite’s latest initiative with its “Open & Proud” program supporting the LGBTQ+ community through a multi-year partnership with the Federation for Equality aimed at making the bars it serves more inclusive. Over the past year, Miller Lite has held town hall-style forums across the United States, compiling the learnings from those sessions into a comprehensive training guide for bars, restaurants and venues to ” follow the path” of authentic inclusiveness. In 2022, Miller Lite will make an additional donation $200,000 to the Equality Federation to support its network of state organizations focused on advocacy for the LGBTQ+ community.

“Miller Lite is one of America’s favorite beers, and while our fans can expect us to present ourselves in different ways throughout the year, our ‘Open & Proud’ initiative is the one which is close to our hearts,” said Sophie Colucci, Vice President of Marketing, Miller Family of Brands. “We hope that the publication of this guide and its crucial lessons will inspire people to be more inclusive, to learn and to share their own authentic stories.”

Those who pre-ordered “Beers and Queer History” will begin receiving books this month. Anyone interested in purchasing the guide can sign up to be notified of new quantities at shop.MillerLite.com. For more information about Miller Lite and its commitment to the LGBTQ+ community, visit MillerLite.com/Open-Proud.

About Miller Brewing CompanyMiller Brewing Company was founded in 1855 by Frederick J. Miller when he purchased the Plank Road Brewery from Milwaukee, a town he chose as the best location for a brewery given its access to great water. Miller Lite, the original-tasting light pilsner beer (MillerLite.com, Facebook.com/MillerLite, @MillerLite on Twitter, YouTube.com/MillerLite) was launched nationally in 1975 and is among the top five most sold in United States. The brewery’s oldest beer is Miller high life (MillerHighLife.com, Facebook.com/MillerHighLife, @MillerHighLife on Twitter). Known as the Champagne of beers, it was introduced in 1903 and is still brewed with the same strain of yeast that Miller carried in his pocket ever since. Germany. Miller Genuine Draft (MGD.com, Facebook.com/MillerGenuineDraft, @Miller_Global on Twitter), introduced in 1986, is the original cold-filtered, packaged draft beer. Miller Brewing Company is part of the North America business unit of Molson Coors Beverage Company. Learn more at MolsonCoors.com, at Facebook.com/Molsoncoors or on Instagram and Twitter via @MolsonCoors.

About the Equality FederationEquality Federation is an advocacy accelerator rooted in social justice, empowering our network of state-run lesbian, gay, bisexual, transgender and queer (LGBTQ+) advocacy organizations. Since 1997, Equality Federation has become a leading movement builder, national network, and strategic partner to over 40 member organizations advocating for LGBTQ+ people in the states. Collectively, our network of state partner members mobilizes more than 2 million supporters across the country. From equality in Florida to Liberty Oklahoma At Basic Rights Oregon, we amplify the power of the state-based LGBTQ+ movement. We won’t stop until all LGBTQ+ people are fully empowered and represented in their communities and experience full equality in their lives.

About the dr. Eric Cervinidr. Eric Cervini is an LGBTQ+ political historian, NYT bestselling author, and Pulitzer Prize finalist for his first book, The Deviant’s War: The Homosexual vs. The United States of America. The Deviant’s War also won the Publishing Triangle award Randy Shirts Award for Gay Nonfiction, New York Times Editors’ Choice and “Best Read of 2020” at Queerties.

He lives in Los Angeles with her drag queen boyfriend and their dog, Moo Bear.

this is definitely an open world game