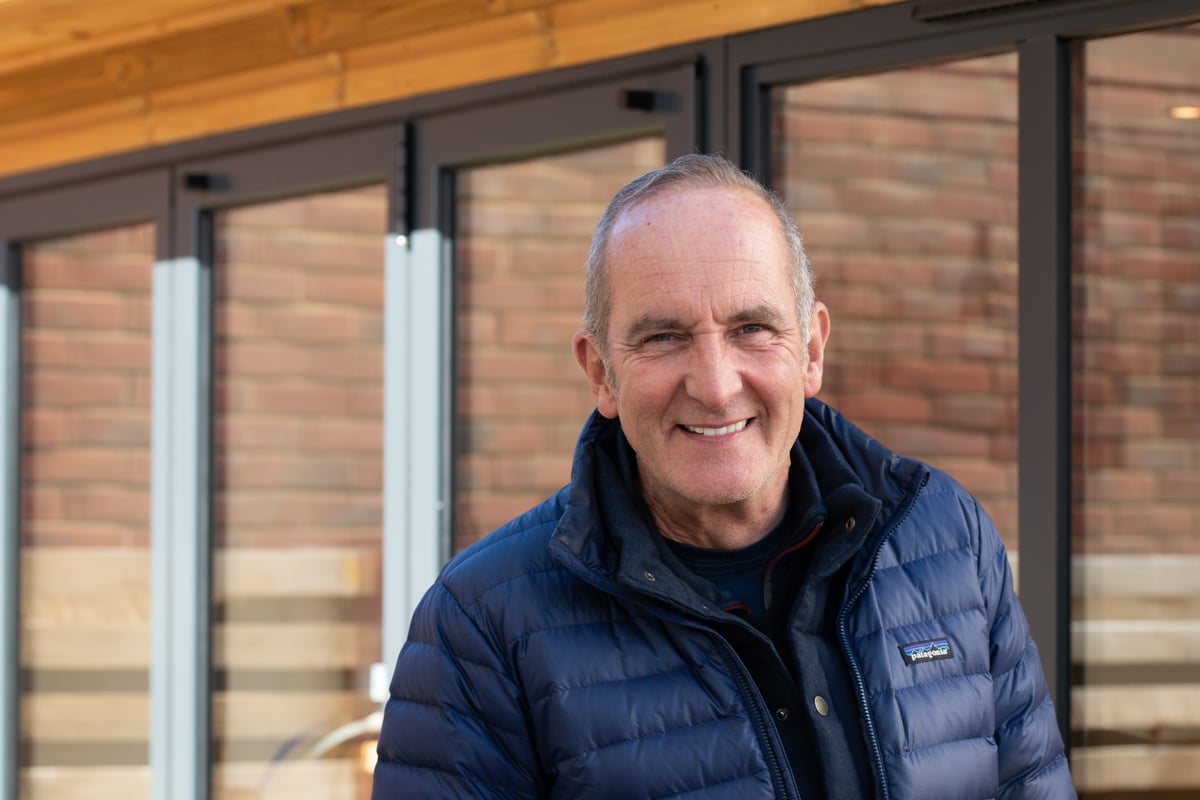 In each episode, Kevin will join the clients to discuss their unusual plans and catch up with them during construction to see how things are progressing and if they’ve encountered any major obstacles.

Many clients have budgets in the millions and the end results of their large projects are often spectacular.

The Bafta TV winning show has aired over 200 episodes since its inception in 1999 and has proven to be one of Channel 4’s most popular property shows.

Who is Kevin McCloud?

Kevin McCloud, 63, is a television presenter from Bedfordshire, and despite appearing on many other programs, he remains synonymous with Grand Designs.

He studied art and architectural history at Cambridge University and there he met Stephen Fry and the Hugh Laurie Footlights comedy club.

In 1999 Kevin became the presenter of the first season of Grand Designs, he has now run the program for over two decades.

His other TV projects include Kevin McCloud: Slumming It, Kevin McCloud’s Man Made Home and Rough Guide to the Future.

Kevin has guest appeared on Top Gear, Lorraine and Loose Women, and his only acting credit is for Meet the Richardsons where he played a fictionalized version of himself.

He married his wife Suzanna in 1996 and they have two children together. The couple divorced in 2019 after 23 years of marriage.

Where is Grand Designs filmed?

The new season of Grand Designs, like previous seasons, will take viewers nationwide.

The first episode will be set in south Manchester where a couple with two children plan to build a five-bedroom, seven-bathroom house in an art deco style with a budget of £700,000.

Throughout the season, Kevin will visit a couple in Tunbridge Wells, Kent, where a couple aim to replace their prefabricated property with a ready-made home delivered to them on the back of a lorry .

Other stops on Kevin’s itinerary include Bedfordshire where a retired married couple want to build a wheelchair accessible house, Sydenham Hill, London where a chef hopes to create a property with fantastic views over the capital, and Derbyshire where a couple wants to live in a house inspired by medieval farmhouses.

Kevin will also travel to Canterbury, Kent, to follow the progress of an underground construction, in Hertfordshire, where a couple have built a new house on a steeply sloping site.

Kevin will also revisit a project first seen on the show in 2019, as he catches up with a man who planned to convert a lighthouse, but found himself saddled with huge debts.

When is Grand Designs on TV?

Season 23 of Grand Designs will begin airing on Channel 4 on Wednesday, August 31 at 9 p.m.

Episodes will air at the same time each week and can be viewed on All 4 shortly after they first air.

Why do more Australians want access to earned wages?