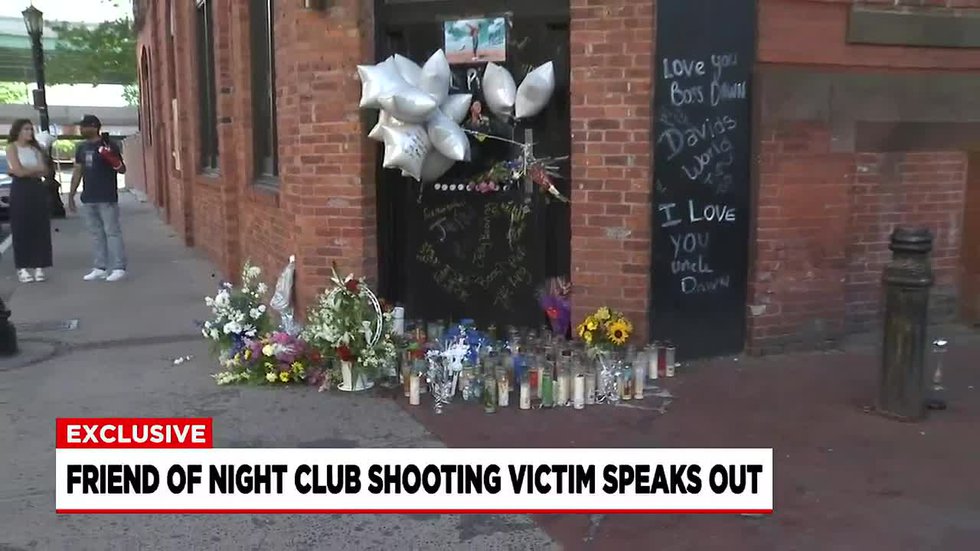 SPRINGFIELD, Mass. (WGGB/WSHM) – Springfield police have obtained a warrant for the arrest of the man they believe responsible for an alleged murder at a downtown Springfield nightclub. Friends of the victim told Western Mass News they hoped whoever did it would be brought to justice.

Western Mass News spoke exclusively with one of David Carrasquillo’s childhood friends, who was there the night of the shooting and called 911. She recounted what she heard that night.

“He’s like a brother to me,” said Angelica Garcia, a childhood friend of David Carrasquillo.

According to court documents obtained by Western Mass News, Springfield police responded to a 911 call to the Worthington Street club just before 10:45 p.m. Sunday night. They said they found David Carrasquillo, 30, inside the club with a gunshot wound to the head.

“It was, it was traumatic. It was scary. I’ve seen things in my life, but never something more traumatic than seeing a friend get shot and seeing the body there,” Garcia explained.

Western Mass News spoke exclusively with Angelica Garcia, the woman who called 911 the night of the shooting. She told Western Mass News that she has known Carrasquillo since they were children. She said their group of friends started the night at Zone Patio, before heading to Saga around 9 p.m.

Court documents say surveillance video shows a man entering the club between 9 p.m. and 10 p.m., claiming he was quickly searched but not wanted for weapons and a detector metal was not used. They go on to say footage shows Carrasquillo entering the bathroom at 10:38 p.m. Garcia told Western Mass News that she went to the women’s bathroom at the same time and said the doors were right next to each other. Newspapers said the other man entered the bathroom at 10:39 p.m.

“The minute I go to the bathroom, all you hear is a bunch of screaming, the gunshot goes off,” Garcia said.

Seconds later, court documents say Carrasquillo opened the bathroom door in a “violent struggle” quote, then fell to the floor. The other man then comes out of the toilet, steps over the body, then heads for the exit of the club.

“The moment I slid the door open and walked out of the bathroom, all I saw was a body on the floor. I didn’t know who it was at first, you know, having alcohol in your system… When I went to walk over to the body, I looked down and realized it was David …His lips were already purple-blue. He was shot in the head. I grabbed my phone. I called 911,” Garcia said.

She told Western Mass News she couldn’t understand why anyone would do this to her friend.

” That does not make sense. It does not mean anything. No one has really had any issues with him that I know of. He wasn’t a bad boy. He was a humble child. He was much loved by family and friends. There’s really nothing bad I can say about him because he wasn’t a bad person,” Garcia explained.

They say he is 5’10 and weighs 195 lbs. At the time of the incident, police say he was wearing a blue New York Yankees cap, white t-shirt, denim shorts and white sneakers. Police say he has multiple tattoos, which detectives have linked to known Brandon Murray documents in the past.

Murray faces charges of murder, as well as carrying a loaded firearm without a license, discharging it within 500 feet of a dwelling, among other things. He has not yet been arrested.

Garcia told us that she hopes the person responsible will be put behind bars.

“I mean, what that really means is just, you know, justice. That’s all we want is justice… It gives us some relief, where at least we can get him to rest in peace properly. We don’t have to worry about his killer still being on the street and God forbid, doing that to other people. it’s not fair,” Garcia said.

Garcia told us that Carrasquillo leaves behind two children. The investigation into the shooting is still ongoing. Meanwhile, the mayor of Sarno ordered an entertainment and liquor license hearing for the Saga nightclub and the club’s owner waived his licenses on Tuesday. The club is closed until further notice.

Suffolk: Criminals put behind bars in May