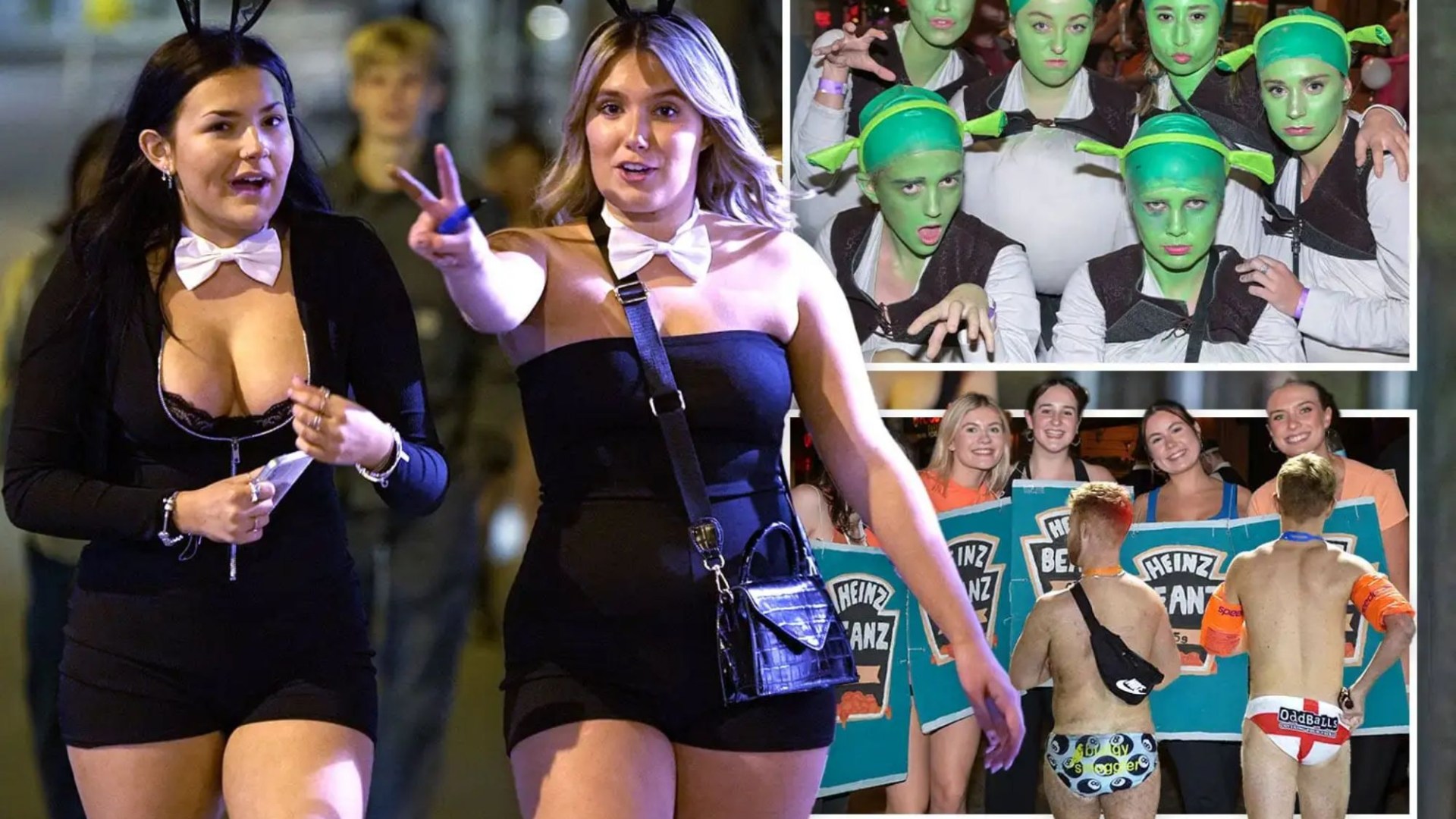 STUDENTS crammed into bars and clubs, dressed in their best disguise, as Freshers’ Week celebrations continue.

Drunken revelers danced the night away in Birmingham, Nottingham and Portsmouth as the week of revelry progressed.

With lectures due to begin next week, the youngsters are making the most of their newfound freedom before bending over and getting into the books.

Plenty of fancy dress was on display, while others were getting ready for their night on the town, heading for the big weekend blowout before the start of term.

Some were more dressed up than others, however, as a few brave Nottingham souls gritted their teeth against the September chill and ventured into parakeet smugglers.

It comes as thousands of students across the country head back to universities after a long, hot summer.

Excited youngsters invaded pubs and clubs for a night of boozy fun.

Freshers’ Week usually marks the start of the year, welcoming newbies to campus.

The crowd is usually made up of first years celebrating being away from home and having more freedom, often for the first time.