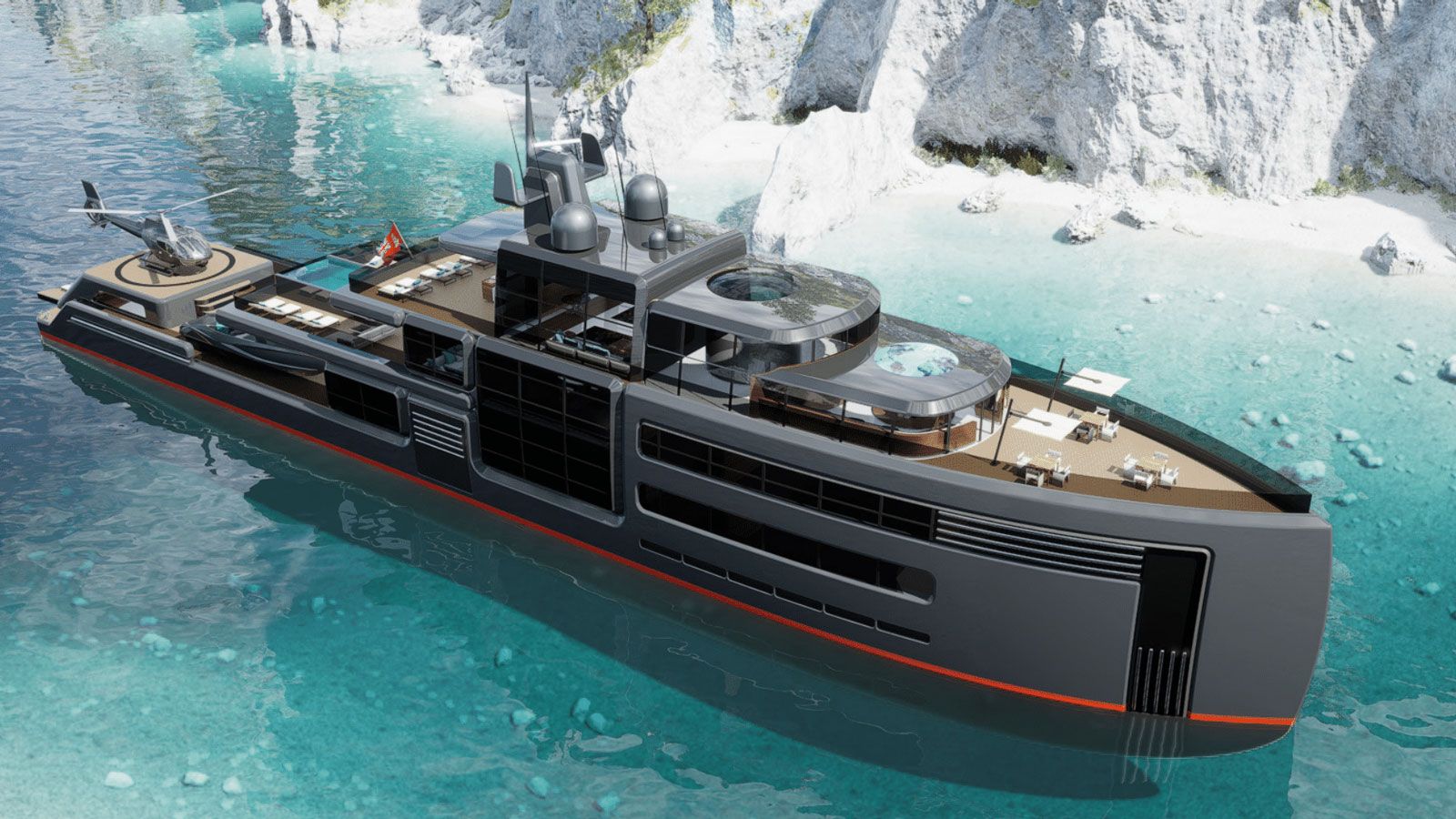 Italian designer Roberto Curtò presented a 65-meter exploration yacht concept called Qube. The innovative design is based on modular segments that give the concept an industrial edge balanced by a high-luxury interior and a multitude of conveniences.

Qube will be available in 30-meter and 50-meter iterations alongside the standard 65-meter model.

Key to Qube’s design is a wide-open aft deck with a raised helipad, built-in tender storage and a sun lounger-lined swimming pool on the upper deck above.

Inside, the yacht offers views through large windows in a three-deck atrium. Details on the accommodation package have yet to be revealed, but the GT 1500 yacht should allow plenty of space for at least 12 guests.

In between slides in the pool, guests can stretch out on the swim platform or retreat to the indoor beach club, which hosts a big-screen TV.

The Concept is available in a few shell colors, including Scarlet, Yellow, Navy, Emerald Green, Cool Gray and Jet Black.

A builder has yet to be officially named for the model, but Roberto Curtò has worked closely with US yard Alpha Custom Yachts in the past. Recently, the yard and the designer collaborated to present the Squalo model and the Spritz 116, and a Spritz 140 is also in the works.