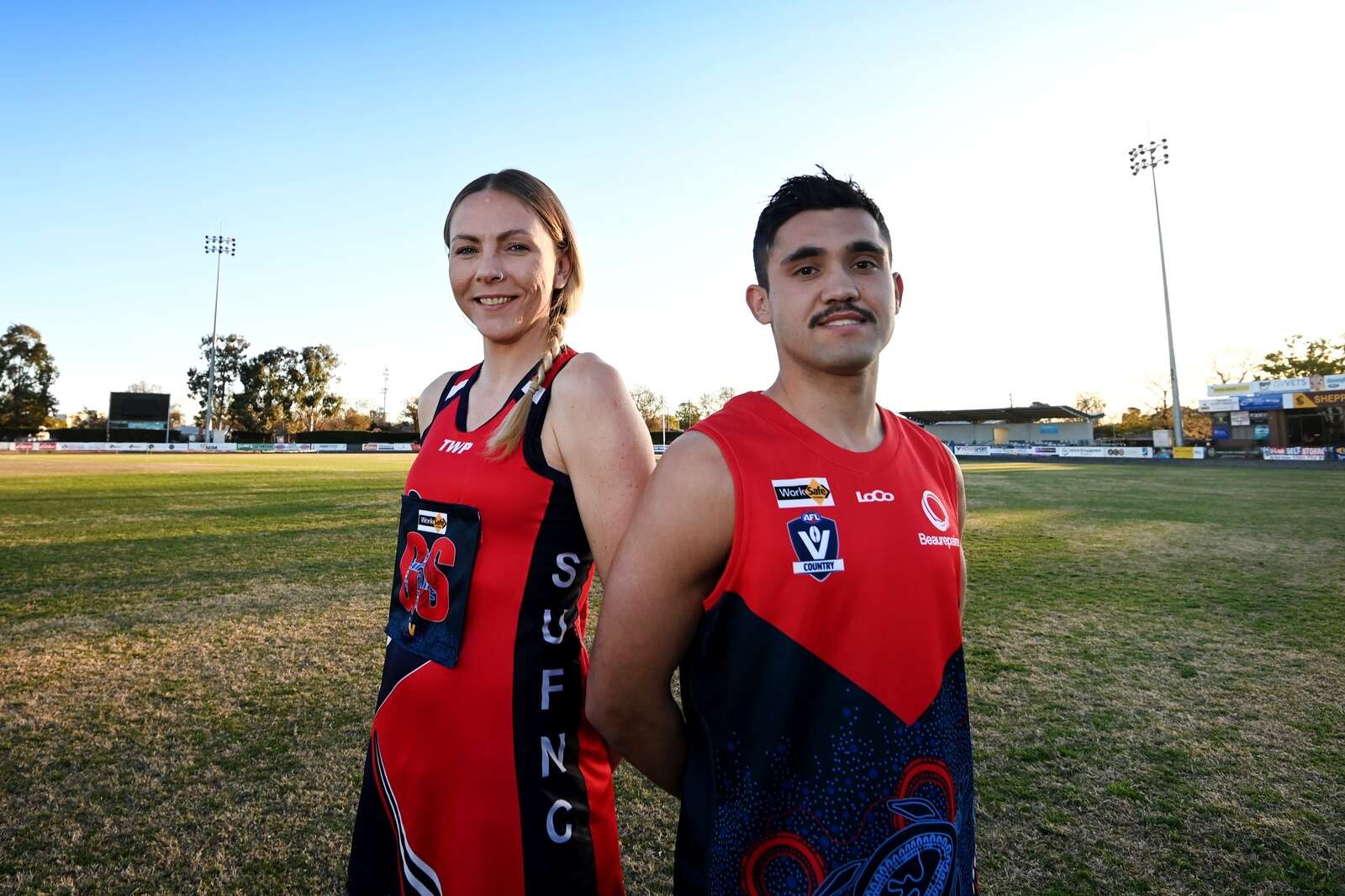 Shepparton United footballers and netballers represented more than just their club in last weekend’s game as they debuted their native guernseys and bibs designed by Yorta Yorta artist, Alkina Edwards.

Designed by Yorta Yorta artist Alkina Edwards, who has a close connection to United football captain Kyle Clarke, the design centers around the turtle, which is the Yorta Yorta totem.

The circles surrounding it then represent a meeting place where everyone coincides, which, according to Edwards, suited the environment created by a football and netball club.

“It’s fantastic to be able to debut these jumpers, especially since we have First Nations aboriginal players as captains in Kyle Clarke and Jessie Barnes,” Ms Monke said.

“It all started in the back of one of our committee member’s cars on the way to a game, where the group of senior players were talking about potentially getting a design.

“And then Clarkey (Kyle Clarke) just used her own initiative to get one of the local artists on board and she came up with the design which looks fabulous.

“We’ve adopted it with the football jerseys and bibs and hope next year we can work with GVL who have a grant to create a netball dress that incorporates this same design.”

Following in the footsteps of Kyabram and Echuca, who have been pioneers in this space over the past few seasons, Monke said it was fantastic to be able to represent the region’s proud indigenous culture in this way.

“It’s great that we stand up and be truly proud of the country we stand on, acknowledging both Yorta Yorta and Bangerang,” she said.

“It’s a great starting point for our club and something we hope to continue to develop in the future.”

For Demons football captain and proud man of Yorta Yorta, Clarke, he said the opportunity to run on the field featuring this design was something he was very proud of.

“It’s a great achievement for the club and I’m very proud of the club for supporting the jumper and acknowledging our indigenous culture,” Clarke said.

“I also have my old man and my cousin playing on the reserve, so a lot of the family will come and watch – which will make it a really special day.”

That sentiment was shared by United netball captain and wife Wiradjuri Jessie Barnes, who is looking forward to showcasing the design on her bib this weekend.

“It’s really great to be able to do this, we had a turn for NAIDOC last year when we played the Swans so it’s good to see it continue and to have the design in our dresses this year “said Ms Barnes.

“I’ve been involved with the club for a few years now and it’s the first time we’ve had the design, and with my partner Jamie who is a Yorta Yorta guy who comes to United and has my daughter here it’s brilliant. Hourly.”

The Best Beer Bars and Taprooms in Denver and Beyond