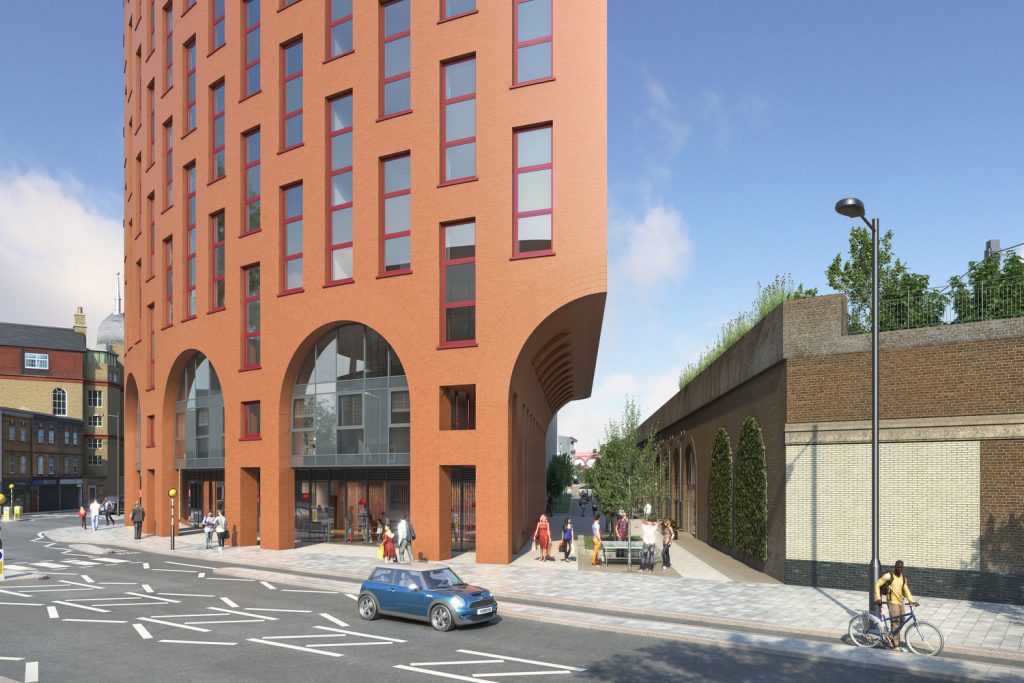 The practice has handed over documents to Islington Council for the 12-storey project at 45 Hornsey Road, north London.

The program is for Ashburton Trading, a subsidiary of Arsenal FC, and will be located next to London Metropolitan University.

The designs include an arched facade reflecting the nearby railway viaduct as well as a roof terrace with a large circular planter and pergola structure.

Flexible commercial space would be provided by both the ground floor of the new student block and the restored railway arches.

CZWG founder Piers Gough said: “The building is in the form of a grand palace overlooking the vast plaza and podium at Emirates Stadium. The alternating triple-height arched openings of the base of the building relate to the height of the railway viaduct while the single-storey rectangular vertical openings between them provide a human scale.

“The façade terminates at each end in flying half-archs which extend dramatically along the other two façades and meet in a double curve above the main student entrance. The lined windows of each room on the top floor form a distinctive cornice to the shape of the building.

The practice said it consulted with the council, the university, the Greater London Authority, Transport for London and Network Rail before submitting the plans.

CZWG has already completed a 277-unit program for Arsenal Football Club near the Emirates Stadium.