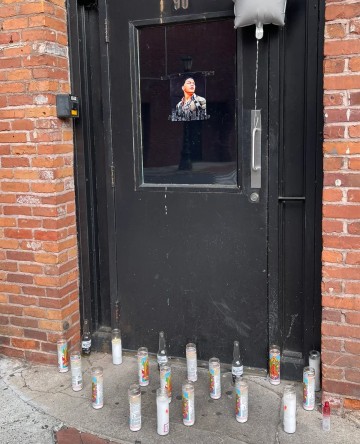 SPRINGFIELD, Mass. (WWLP) — A Springfield man was arrested Thursday in the Bronx in connection with the shooting death at Saga Night Club in May.

According to Springfield Police Department spokesman Ryan Walsh, at around 9:30 a.m., a 35-year-old man Brandon Murray of Springfield was arrested at an apartment on Davidson Avenue in the Bronx, New York, on a fugitive warrant on charges of murder by members of the U.S. Marshals New York Regional Task Force York and New Jersey.

On Sunday, May 29 at around 10:40 p.m., police were called to Saga Night Club on Worthington Street in Springfield to a report of gunshots inside the club. When the police arrived, they found a man in the bathroom who had died from a gunshot wound. The Hampden County District Attorney’s Office identified the victim as David Carrasquillo, 30, of Springfield.

An arrest warrant was issued June 3 for Murray for the murder of 30-year-old David Carrasquillo. He was arrested in New York before being extradited to Springfield for murder.

The Springfield Police Homicide Unit and the District Attorney’s Murder Unit are investigating the fatal shooting.