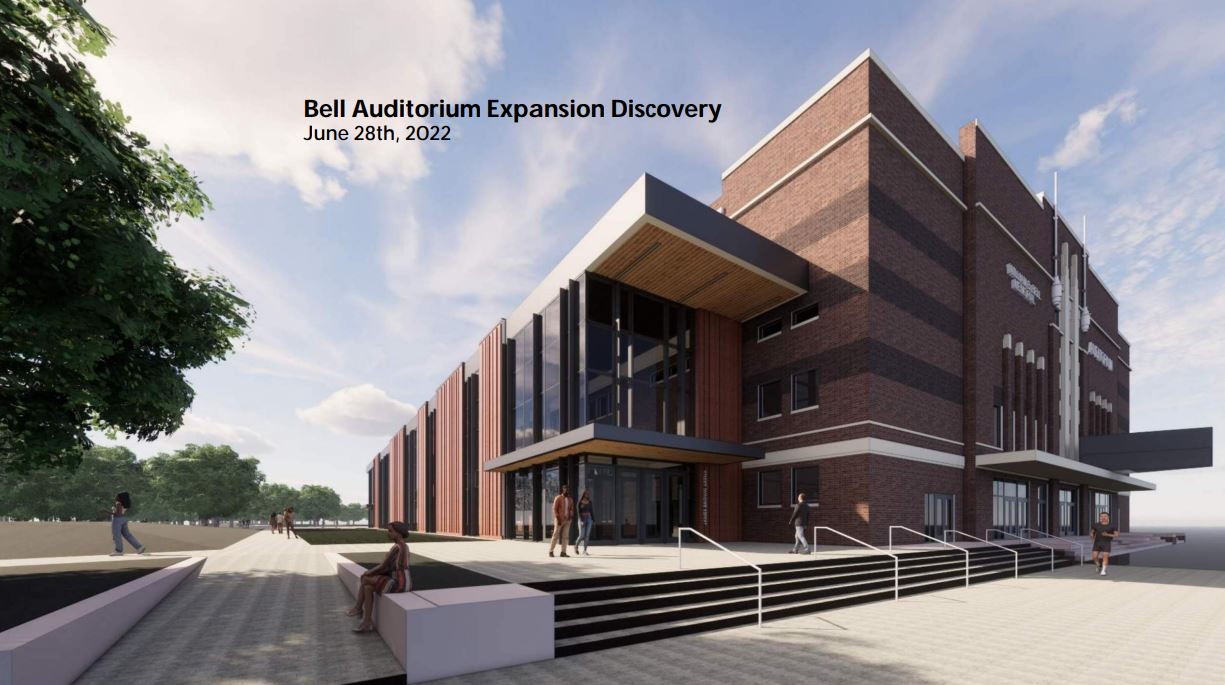 Architectural firm Perkins & Will presented their findings, which show the auditorium will need major renovations. The discovery is not the design, it shows the current state of the auditorium.

“Now the real detailed design can begin. What I thought came out of this report more than anything was that we used two local companies to come up with this discovery which otherwise we probably would have gone to Atlanta company, but we’re really pushing local businesses to find work on this project,” said Brad Usry, chairman of the James Brown Arena project subcommittee.

The bell will be renovated and not demolished and rebuilt like the current James Brown Arena plan.

A Perkins & Will representative says a key idea is to link the two buildings.

“Our proposed scope was our new connector which was the lobby, the long strip in blue at the bottom, which is the east side of the bell,” he said.

Among many ideas, they plan to renovate the club, changing rooms, green rooms and add more toilets.

The Coliseum Authority said that while the Bell Auditorium is being built, the James Brown Arena will remain open for business.

“That was one of the challenges we had when talking about the projects done together is that we really wanted to keep the bell open. We were going to try to close it for 90 days. With that process going on before the renovation complete, we hope it doesn’t shut down. We hope it never darkens during the whole process,” Usry said.

Usry says there have been six shows in the arena over the past 30 days, including Beyond Van Gogh Augusta, which was the highest-grossing event in James Brown’s area history.

“This arena is amazing. It’s the number one arena outside of Atlanta in Georgia,” Usry said.

A construction manager is expected to be on board by August 1.

“We should have real and raw numbers by October 1. Only then will we know. If it’s a hit, if we can afford it, we’ll rock and roll,” Usry said.