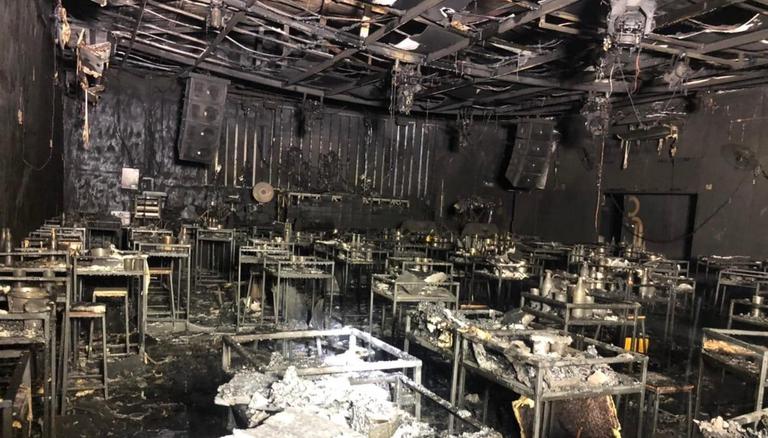 13 people killed, 40 injured in a massive fire in a nightclub; controlled probe

At least 13 people gathered to enjoy a party at a crowded pub in Thailand’s Sattahip district were killed in a massive fire that broke out early Friday morning, according to the Bangkok Post. During the incident, at least 40 people were injured and some of them were transferred to the intensive care unit (ICU), local media reported. Quoting the Sawang Rojana Thammasathan Foundation – a non-profit organization involved in the rescue operation – the hell started around 1am as patrons filled the Mountain B pub. He said among the dead they found the charred bodies of at least nine men and four women in men’s restrooms and DJ booths.

Videos, which have now gone viral on social media platforms, showed people running for protection and screaming as flames and smoke billowed from the building. Meanwhile, Phlu Ta Luang Police Chief Pol Col Wuttipong Somjai told the media that the Mountain B pub is located on Sukhumvit Road in Sattahip district and added that all the victims are believed to be Thai nationals. Also, an eyewitness told BP he heard two explosions near the DJ booth and later the fire ignited the entire pub due to sound deadening foam being used on the roof.

The reason for the fire has not yet been determined, according to the police commander

In addition, 26-year-old pub supervisor Thanyapat Sornsuwanhiran said she saw the flame on the roof of the bar and added that she guided customers out of the burning area. Chon Buri Police Commander Major General Pol Atthasit Kitjahan said the pub opened about a month ago and was popular among young people and locals. In addition, he maintained that the reason for the Thai nightclub fire was under investigation. Earlier in 2009, the country witnessed a similar incident at the Santika Pub, where at least 60 people were charred to death, while over 200 were injured during a New Year celebration event.

At least 14 dead and dozens injured in Thai nightclub fire