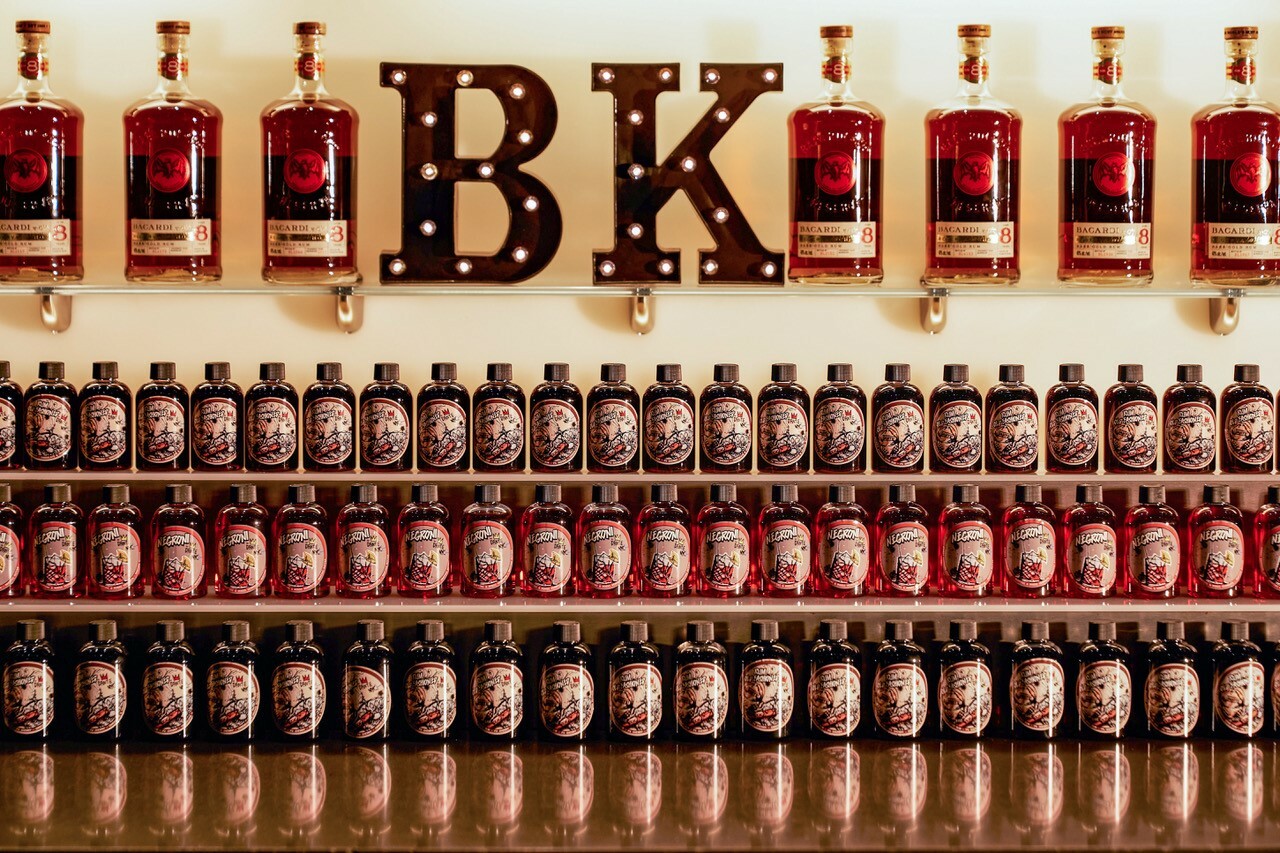 Basketball fans and those who endure four quarterback dribbles at Barclays Center are both in luck. A new beverage program has landed at Brooklyn Stadium. Dante, the acclaimed cocktail bar in the West Village, now serves award-winning cocktails in partnership with the Brooklyn Nets in their arena.

For the remainder of this NBA season, fans can now enjoy six of the Dante‘s signature cocktails, in bottle and tap form, at the Qatar Airways Club in the arena, available exclusively to courtside ticket holders. Cocktails will be offered on tap, such as Cuba Libre and Rum Punch, as well as individual 4 oz bottles, such as Rum Old Fashioned and Dante’s Negroni with Bombay Sapphire Gin, Martini Bitter and Martini & Rossi Vermouth. The bottles feature reimagined illustrations of Dantethe popular labels of in a graffiti style, a nod to the Brooklyn roots of the Nets.

The new partnership is one of a host of new dining offerings that have debuted at Barclays Center this season, including Crown Club, the arena’s newest upscale lounge.

For those who prefer to drink Dante’s stellar cocktails without working out, the bar has two locations in Manhattan. The original, Dante NYC, at 79-81 MacDougal Street and its sequel, Dante West Village, 551 Hudson St., whose exterior will be recognizable to fans of HBO’s sex and the city to restart, And just like that.

Dante has been a New York hotspot since 1915, when New York’s creatives and bohemians flocked to the Greenwich Village spot to brainstorm ideas over espresso at the then-named Caffe Dante. 100 years after its founding, the place has moved on to a more contemporary interpretation of itself, becoming an all-day cafe and bar, with a cocktail program that earned Dante the top spot for best bar in the world in 2019.