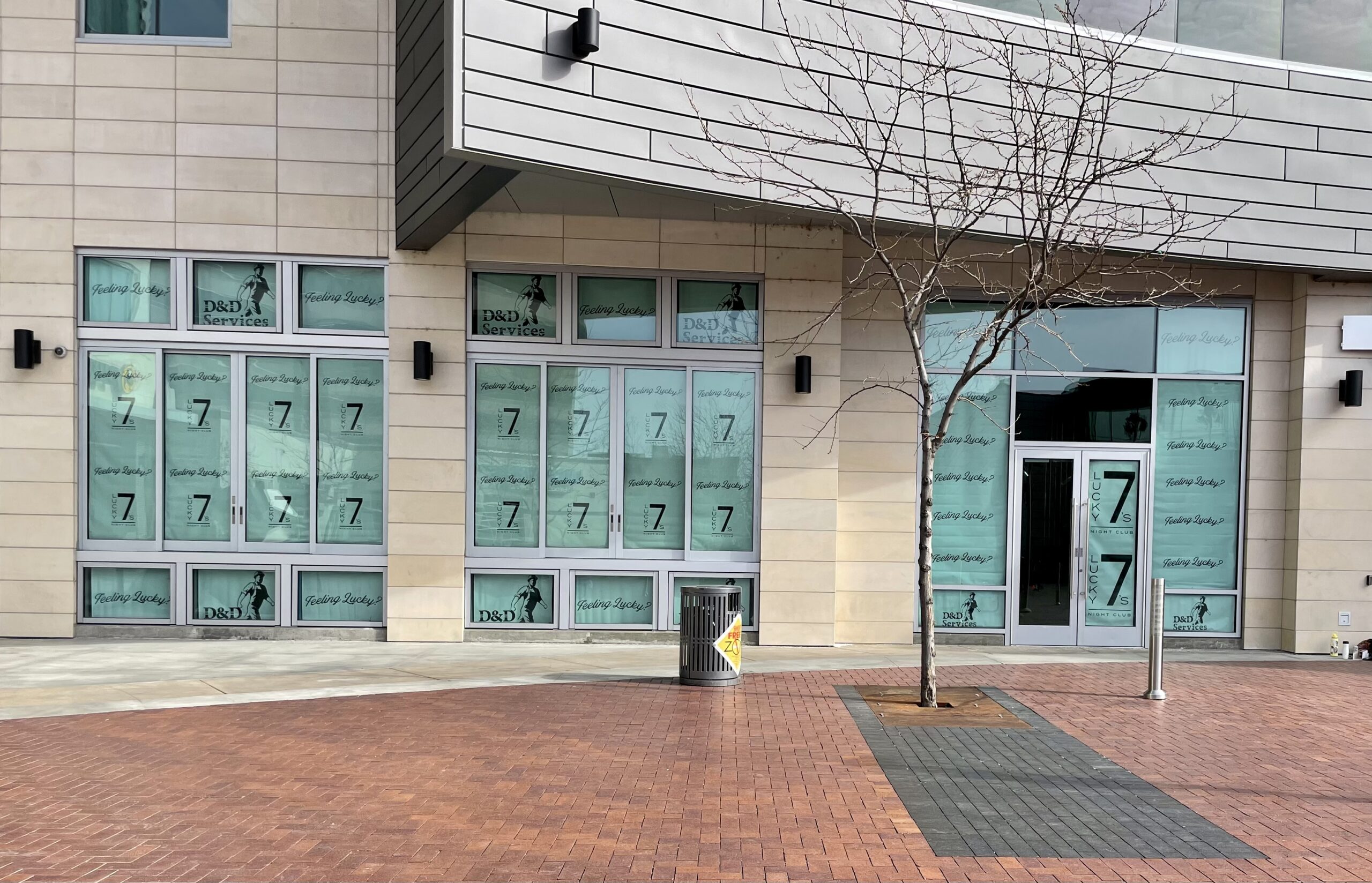 A new nightclub is about to open in the Grove Plaza in Boise.

Lucky 7’s Night Club placed signs in an empty retail space in the plaza of the City Center Plaza building, next to the Boise Center East ground floor entrance. The space, owned by Seattle firm Laird Norton, has stood empty since the nine-story office building opened nearly six years ago.

David Wali, president of Gardner Co., which manages the building, told BoiseDev that the Lucky 7 club was part of the team behind Barrel House Brew Pub and Grill in Garden City. An email to Barrel House management last week was not returned.

Wali said Lucky 7 will focus on nightlife and music.

[8th St. Karma nightclub will get a new owner. It’s a familiar face]

A countdown on the home page of a Lucky 7 tick down days, hours and minutes until June 30.

On Instagram, a variety of bright and vivid stock-style images populate the feed, with messages such as “feeling lucky? We’ll be cheering on that. and “lucky nights and neon lights.”

The large space has over 5,000 square feet of space with patios in both Grove Plaza as well as space adjacent to the US Bank building.

The Greater Boise Auditorium District, which operates the Boise Center, had considered buying or leasing the space to add to its convention center offerings, but a deal fell through.

Correction: An earlier version of this story stated that food could be served at the nightclub. Additionally, owner Jerry Miller said a building permit has been filed. City records had another address on the permit. Miller said work is underway, however, monitoring the state of the cityr indicates that the permit is still under review.