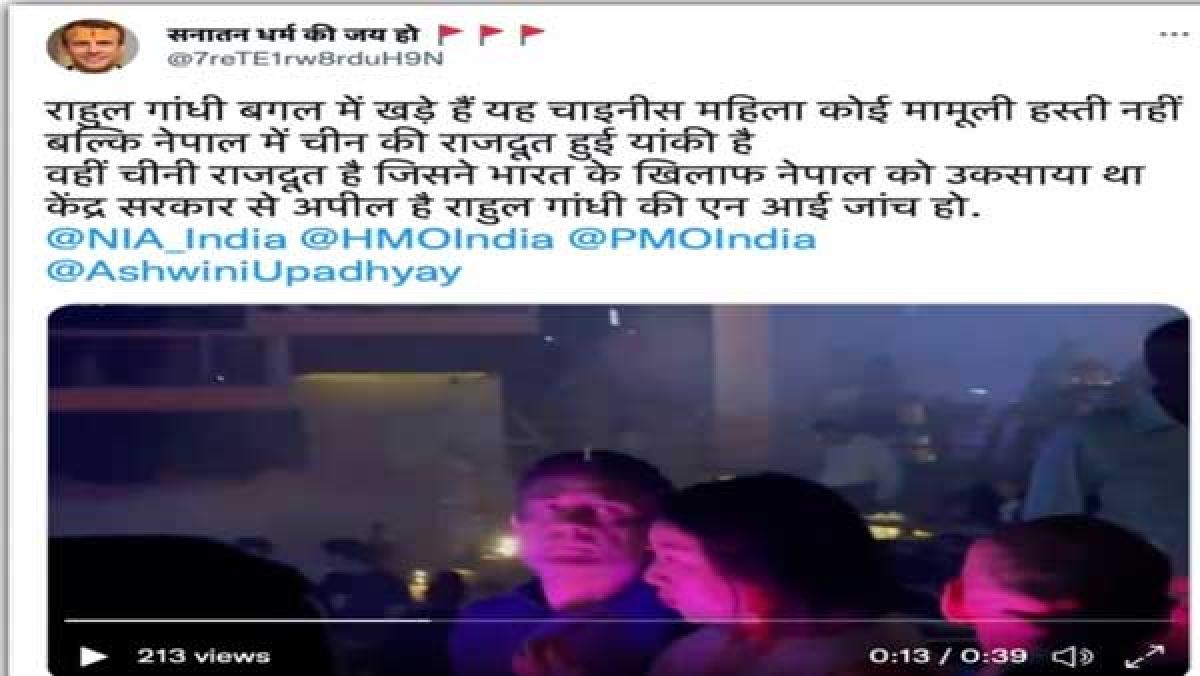 New Delhi, May 04: On Tuesday, a video of Rahul Gandhi went viral. In the video, the Congress leader appeared to be standing in a nightclub.

However, the topic of discussion was not just the nightclub. Twitter users speculated on the identity of the person next to Rahul Gandhi.

Many said the woman standing next to Rahul Gandhi was Hou Yanqi, the Chinese ambassador to Nepal. Several users expressed concern about why he was meeting the Chinese envoy at a nightclub and what they discussed.

Congress said Gandhi had traveled to Nepal to attend a private wedding ceremony of a friend. The party also added that the friend is a journalist.

OneIndia has learned that the lady standing next to Rahul Gandhi is not the Chinese envoy to Nepal, but a friend of the bride.

Kathmandu To post reported that Sumnima Udas’ marriage to Nima Martin Sherpa took place on May 3.

A reception will be held on May 5, the report also added. The location where the video was shot was at Lord of The Drinks, a popular pub in Kathmandu. The pub management also confirmed that no Chinese envoys were present at the wedding.

Udas is CNN’s international correspondent based in Delhi and she is the daughter of Bhim Udas, a former Nepalese envoy to Myanmar. Therefore, the claim that Rahul Gandhi had a discussion with the Chinese envoy in a nightclub in Kathmandu is false.

Rahul Gandhi had talks with Chinese envoy at wedding in Nepal

For the latest news and instant updates