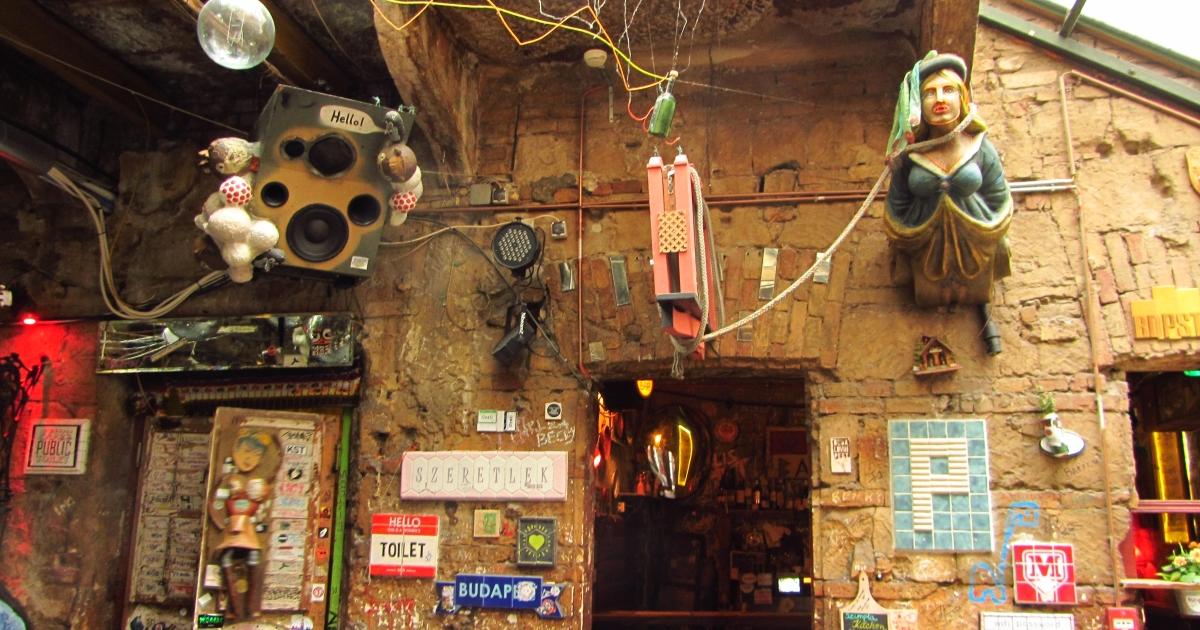 Ruin bars in Budapest: party madness and nostalgia for the past

A sudden and amazing discovery made by yourself in a strange city, without the help of a tourist guide or a travel guide, is what elevates a mundane tourist experience. Walking through the maze of streets behind the Great Synagogue on my first visit to Budapest in May 2019, I spotted a cheerful group of young people entering the dark basement of a dilapidated building, under a balcony clad in flower pots and strange hanging objects.

Following the company, I entered a place that looked like a chaotic flea market with drink stalls, but actually turned out to be a time portal to my long-lost youth. In the courtyard of what had once been a factory stood a row of tables and chairs flanked by bar stools and separees.

Their walls were stuffed with a eclectic mix of communist style memorabilia – from old vinyl records and road signs, to meat grinders, Soviet-made televisions and old artifacts salvaged from households and dismantled amusement parks, including a gigantic graffiti-covered toy rabbit. Fishing for adjectives to describe the feeling, kitsch, neglected, overabundant comes to mind, but also, on reflection – surrealist, artistic, hipster and yes, plugged.

Pioneer of the party district

Szimpla Kertthe hangout i came across was the first ruined bar to open in Budapest in 2001, setting the trend of ruined bar culture which attracted so many tourists to Erzsébetváros (Elizabeth town), on 7and district of the city, and has caused so much controversy among its inhabitants. Sensing the opportunity, other drinking establishments have followed in Szimpla Kert’s footsteps, renting derelict buildings or land in the former Jewish quarter that was left largely derelict after World War II.

In the years that followed, revelers from all over Europe flocked to what became known as the Party District, lured by cheap flights, cheap drinks and affordable accommodation. A 2017 Corvinus University study, cited by AFPaccount 800 (!) bars and restaurants operating in this area.

A nice selection of ruin bars

The original ruined bar remains one of the most popular, even after two years of pandemic onslaught. To keep it afloat, the management regularly organizes various markets and charity events in the open courtyard as well as live music concerts to complement drinks and pizza. And if you need a quirky seat to indulge in your cocktail, you can use the interior of an old Trabant car on display there for that purpose. 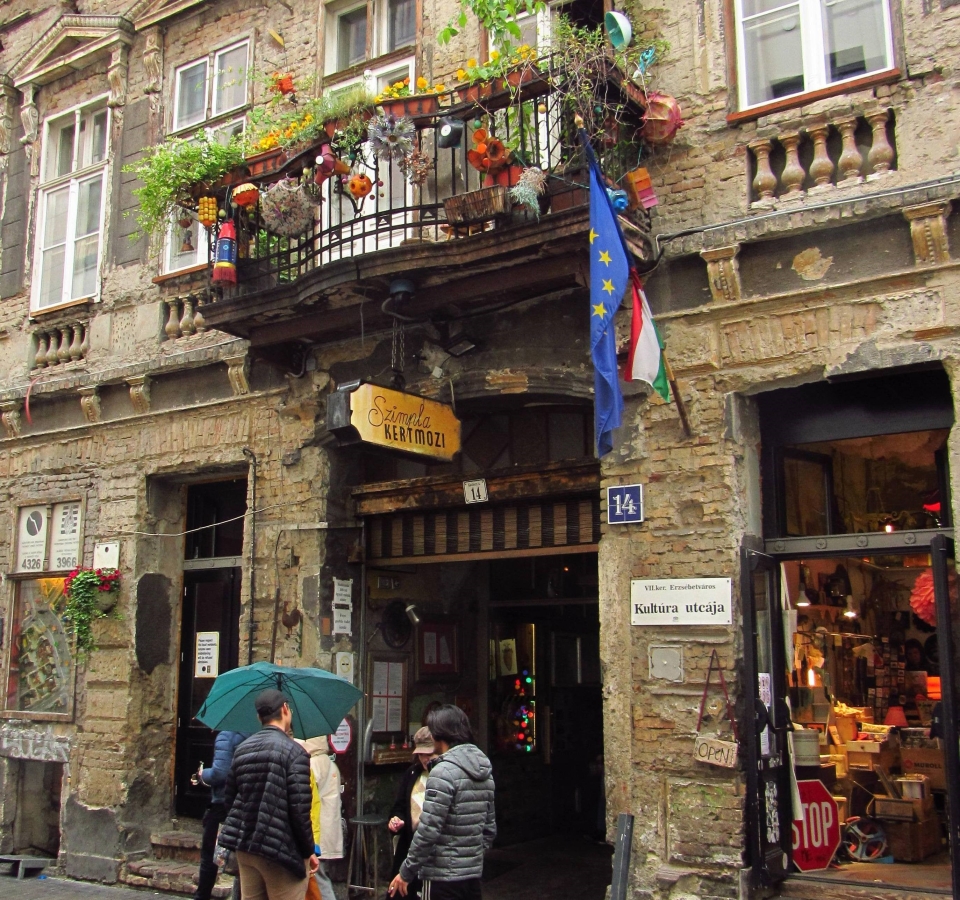 Speaking of size, the Instant-Fogas ruins club complex is the largest in the city, occupying a completely renovated building. It has 20 rooms, 15 bars, 8 dance floors and 2 gardens. Drinks are more expensive, but the music suits all tastes.

A crowded dance hall with an inn upstairs – I wonder how they can co-exist, but they do! Famous for its live concerts and after-parties, Ellatohaz welcomes revelers who can dance to popular and retro dance music and then climb a flight of stairs to bed instead of waiting for a cab.

Until 2008, the construction of this ruined bar and concert hall featuring established and up-and-coming artists was part of ELTE (Eötvös Loránd University). Nevertheless, students still frequent the place, drinking beers while playing table football, table tennis, darts and bocce in the courtyard garden. On weekends, the garden hosts various markets, including a second-hand and vintage clothing bazaar.

The premises of one of Budapest’s newest ruin bars, Mazel Tov, functions as a community center and restaurant serving traditional Jewish cuisine during the day. At night, the courtyard transforms into a party zone with DJs and live performers.

But that’s only one side of the coin. Throughout the night, the high decibel noise from the bars, the pollution of the streets and the disturbance from revelers and occupants of rental apartments forced sleepless residents to rally against the intruders.

Pressure from below resulted in a local referendum on the future of Budapest’s party district which failed in February 2018 due to low turnout. Tensions did not ease, however, and in June 2020, the local government of 7and district adopted a decree which strictly regulated the opening hours of restaurants, bars, clubs and party places.

Under the new rules, establishments in the area must receive a special permit from the local government if they wish to operate between midnight and 6 a.m. Shops can remain open after midnight provided they do not sell alcohol between 10 p.m. and 6 a.m.

The new district mayor Péter Niedermüller, member of the opposition Democratic Coalition, has been criticized for the timing of his move – in the midst of the first wave of coronavirus when the tourism sector needed a helping hand, not another stranglehold. The majority applauded the decision. “I won’t miss the stomach-turning sight that is now inside Elizabeth Town,” wrote a former resident on Facebook. “We need fewer, quality tourists, not hordes of Western Europeans who come over the weekend to demolish Budapest.