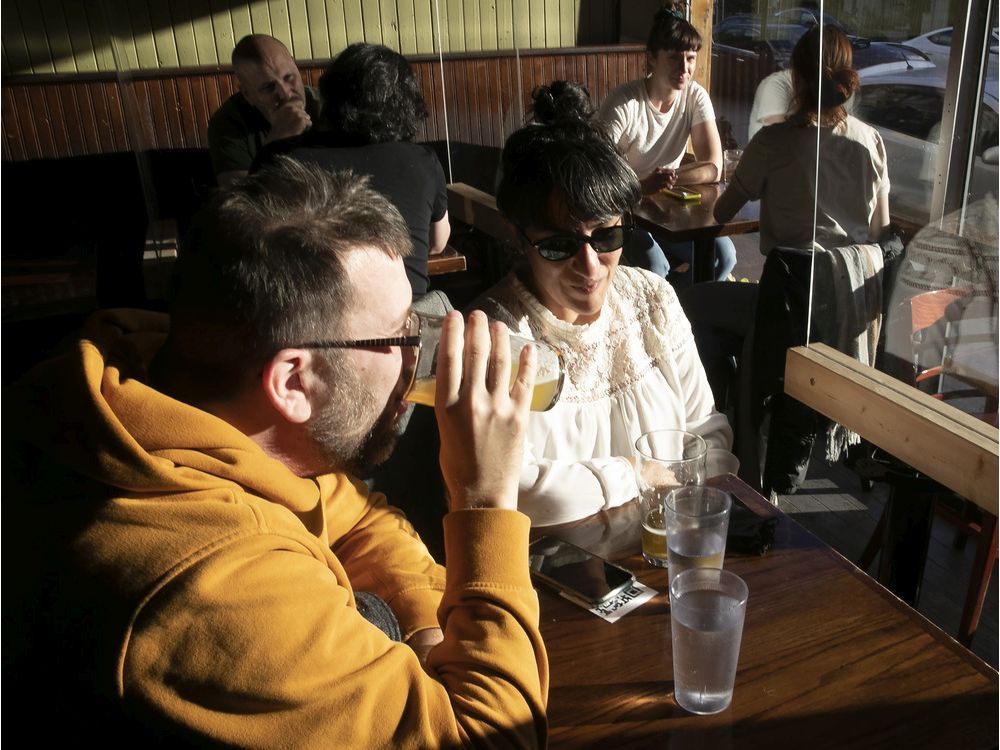 For the first time in more than two months, Quebecers will be able to hit the bar and order a drink this week as COVID-19 restrictions continue to ease in the province.

From Monday, bars and casinos will be able to open at 50% capacity, with a last call at midnight and closing at 1am. Dancing and karaoke will still not be allowed until March 14.

Working from home is no longer mandatory, but is still recommended. And employees will no longer have to wear masks at their desks or workstations, as long as they are two meters away from their colleagues, or separated by some form of barrier, under new guidelines issued by the provincial health and safety board last week. Health officials have suggested workers keep masks on if they are unsure about the safety of their workplace.

Also from Monday, sports tournaments can resume, and places of worship and halls with 10,000 seats or less can be filled to capacity. There will be no limit to the number of people who can attend the funeral

On December 20, the Legault government declared it was “at war against the virus” as the Omicron variant broke out, ordering the closure of all schools, bars, casinos, theaters, gyms and spas and imposing a work order. at home across the province. A curfew was introduced on December 31, forcing Quebecers to stay indoors between 10 p.m. and 5 a.m. It was lifted on January 17.

On February 8, the Legault government announced a timetable for the removal of most of the health restrictions that Quebecers have been subjected to intermittently over the past two years, as cases have plummeted and the number of people hospitalized with COVID-19 has fallen to half levels. seen at the peak of the outbreak in mid-January.

Based on local studies, the government estimates that up to 3 million people have been infected with Omicron in Quebec since December, and 4 million have received booster doses of the vaccine. Vaccination significantly reduces the risk of hospitalization for most people.

The legal limit on the number of people allowed for private gatherings was lifted on February 12, although public health recommends a maximum of three people or 10 households.

Last week, the government announced that primary and secondary school students will no longer have to wear masks in classrooms when they return from spring break in March, saying their risk of hospitalization was low. Some health experts, however, said the government was moving too quickly given the risks of further transmission after spring break.

Sign up to receive daily news from the Montreal Gazette, a division of Postmedia Network Inc.

Thank you for your registration!

A welcome email is on its way. If you don’t see it, please check your spam folder.

The next issue of Montreal Gazette Headline News will soon be in your inbox.

We encountered a problem during your registration. Try Again